The areas where north hallways intersect the Corridor of History feature iconic objects that bridge the galleries and reference changes in time. These items also serve as landmarks for our visitors, providing examples of the time period represented in each gallery. Scan the hallway and select the time period you wish to explore. 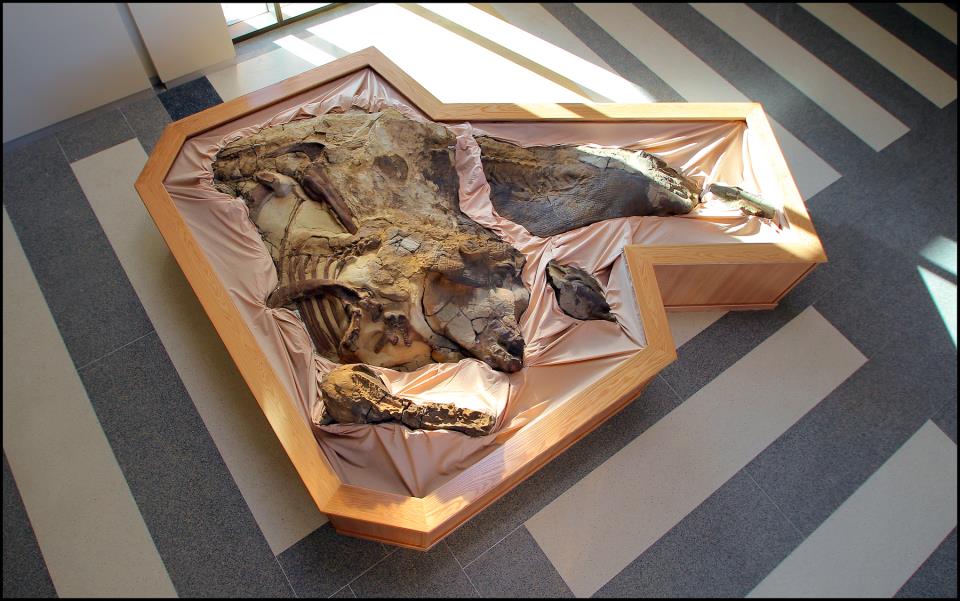 A major exhibit update scheduled for completion in spring 2020 is underway.

The State Historical Society of North Dakota and the North Dakota Geological Survey are partners in building a new exhibit for Dakota. As one of only a handful of mummified dinosaurs in the world, we're giving Dakota a place to shine.

Learn more about the mummy makeover. 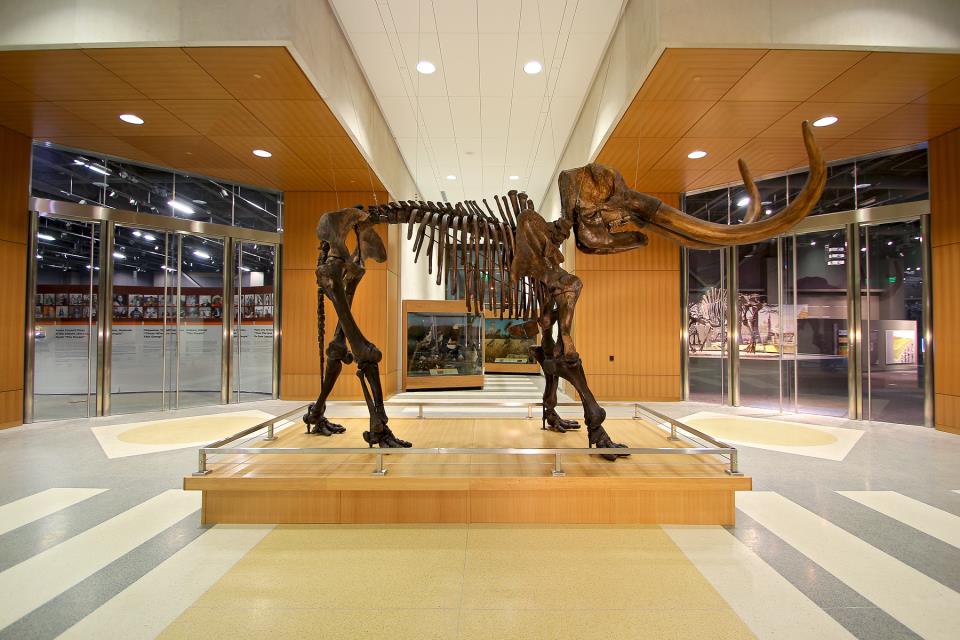 The icon bridging the Adaptation Gallery: Geologic Time and the Innovation Gallery: Early Peoples is the mastodon, which lived at the end of the ice age and was hunted by the early inhabitants of North Dakota. The mastodon was one of two elephant-like mammals that lived in North America 10,000 to 20,000 years ago.

Adult male mastodons were about 10 feet tall at the shoulder and weighed 8,000 pounds. Like its cousin, the woolly mammoth, mastodons were cold-climate animals covered with a coat of long, shaggy hair.

Learn the story of our mastodon. 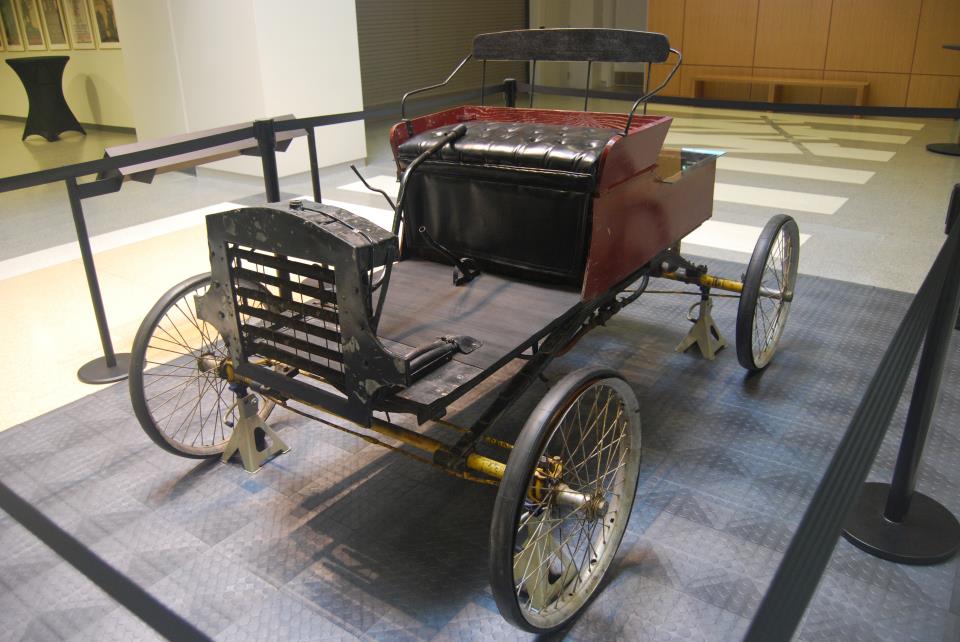 Samuel Holland (1859-1937) was a Norwegian immigrant to Park River, North Dakota. A skilled blacksmith and machinist, he built at least six automobiles between 1898 and 1908. The “Holland Special,” built in 1904, was a low-wheeled runabout that had a 4 hp single-cylinder engine.