Prints and tracks embedded in the floor lead you in and out of the galleries and provide cues as you travel through history. As you walk chronologically through the museum galleries, the tracks and footprints will change--from dinosaur footprints to moccasin prints to railroad tracks of today. 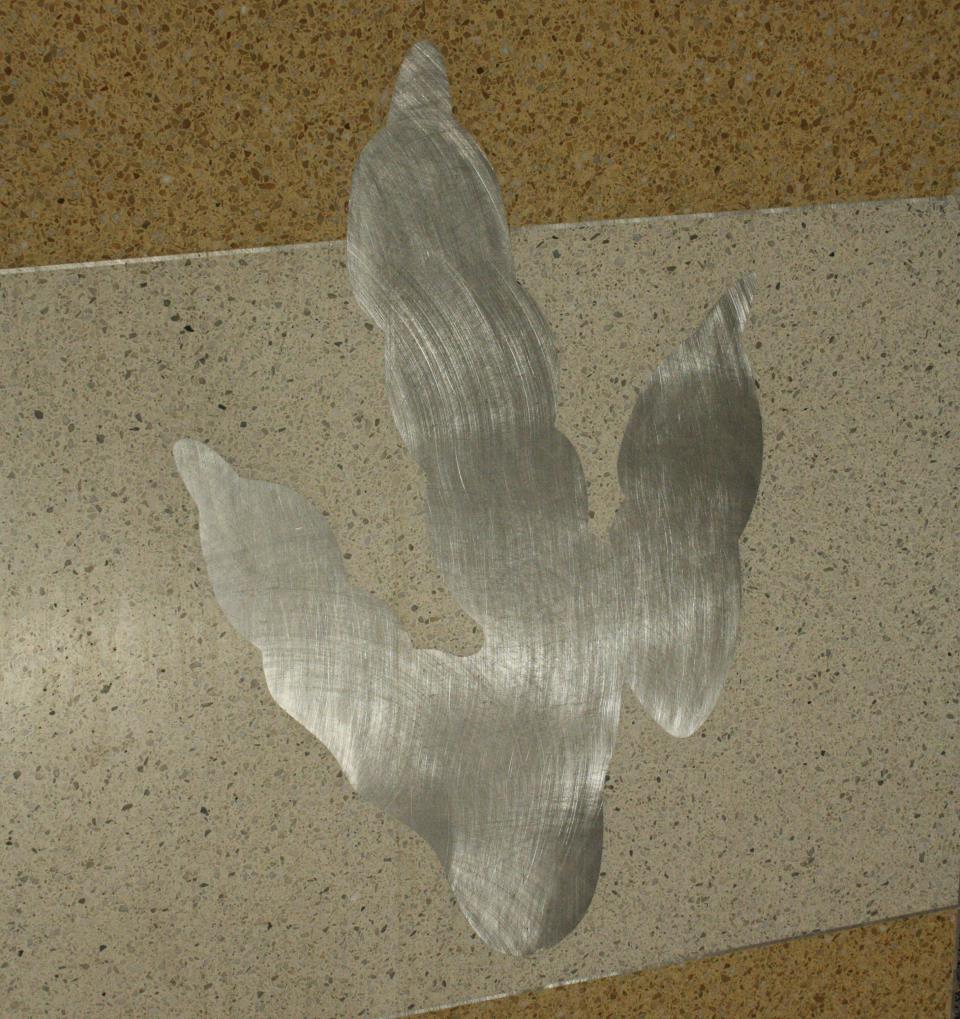 Walk with the dinosaurs. Life-size footprints and strides of a Triceratops and a T. rex will lead you past the dinomummy into the gallery, where you will see full-size skeleton replicas of these dinosaurs ready to engage in battle.

Next, walk to the Innovation Gallery: Early Peoples. 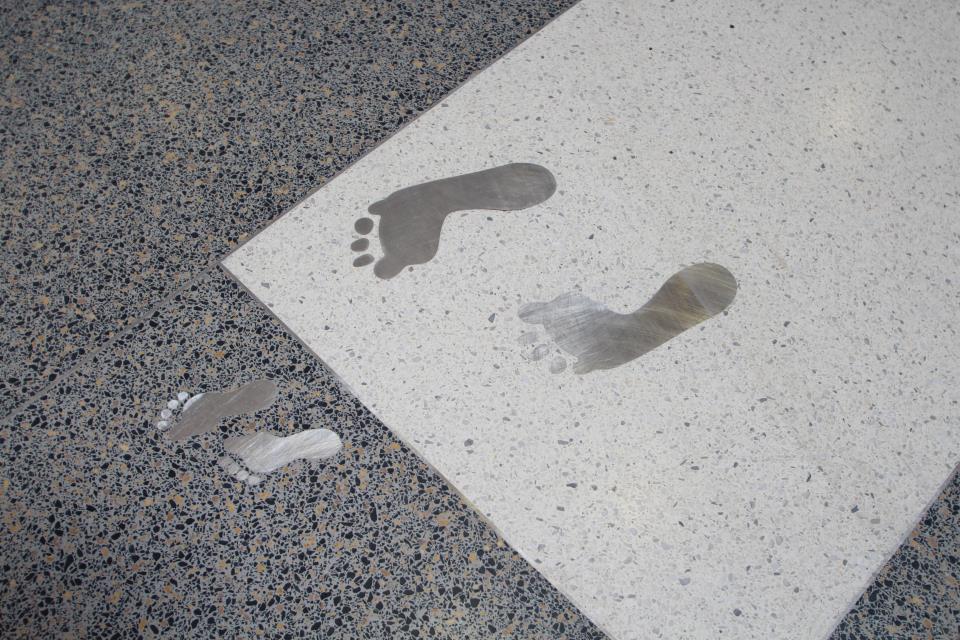 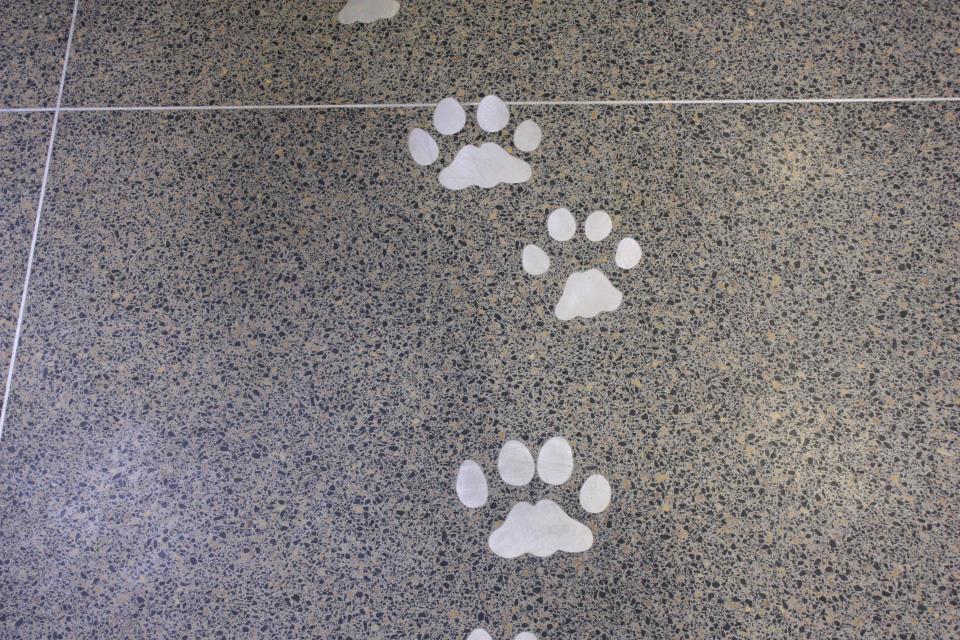 Human footprints embedded in the floor represent the migration of the earliest peoples to North Dakota some 13,000 years ago and symbolize the constant movement of tribes within the state. You'll also see moccasin prints, created from moccasins in the State Historical Society’s collections. These prints symbolize the Native American history and culture you will encounter here. Find moccasins on display in the Innovation Gallery: Early Peoples.

The paw prints are of a saber-toothed cat, a formidable predator that became extinct at the end of the ice age. With a body like a bear, the head of a cat, and about the size of a lion, Smilodon fatalis (fatal knife tooth) was the largest true saber-toothed cat. See a full-size skeleton cast in the Adaptation Gallery: Geologic Time.

Then enter the Inspiration Gallery: Yesterday and Today. 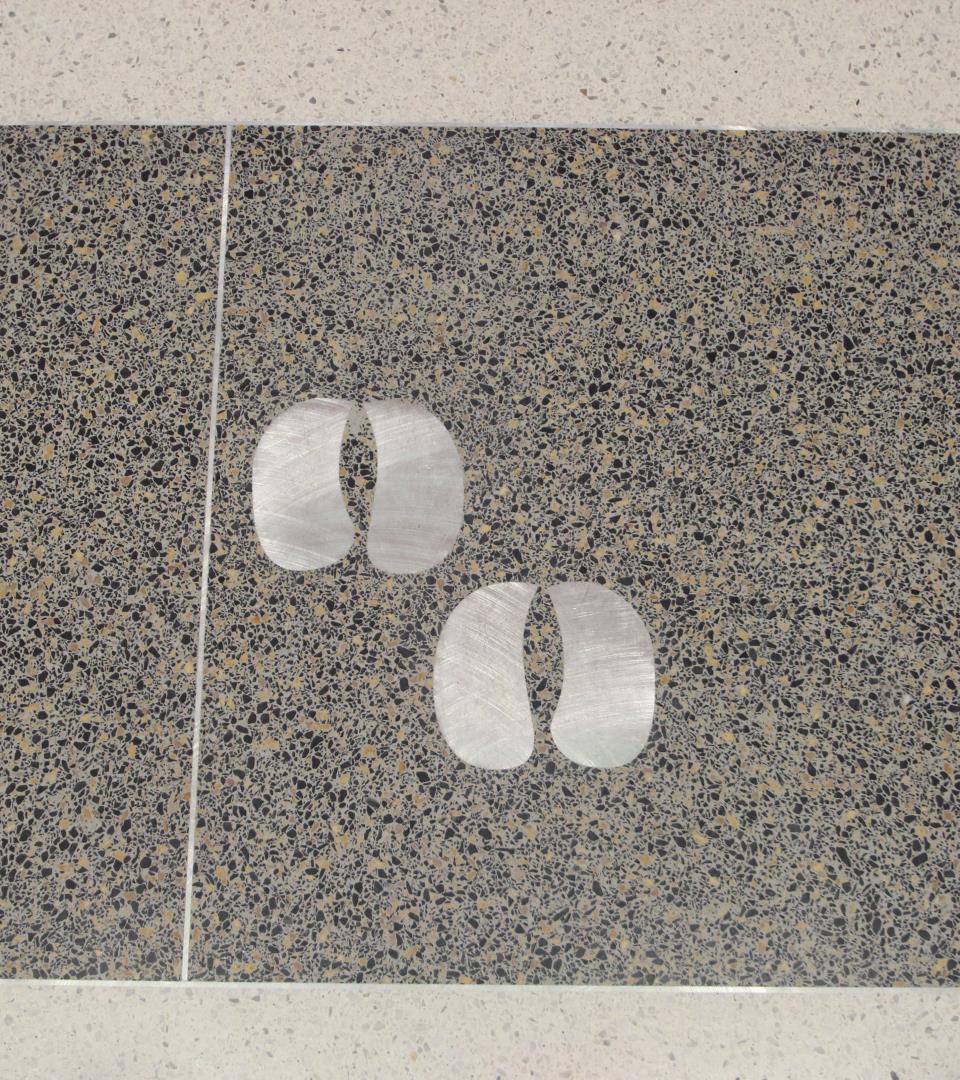 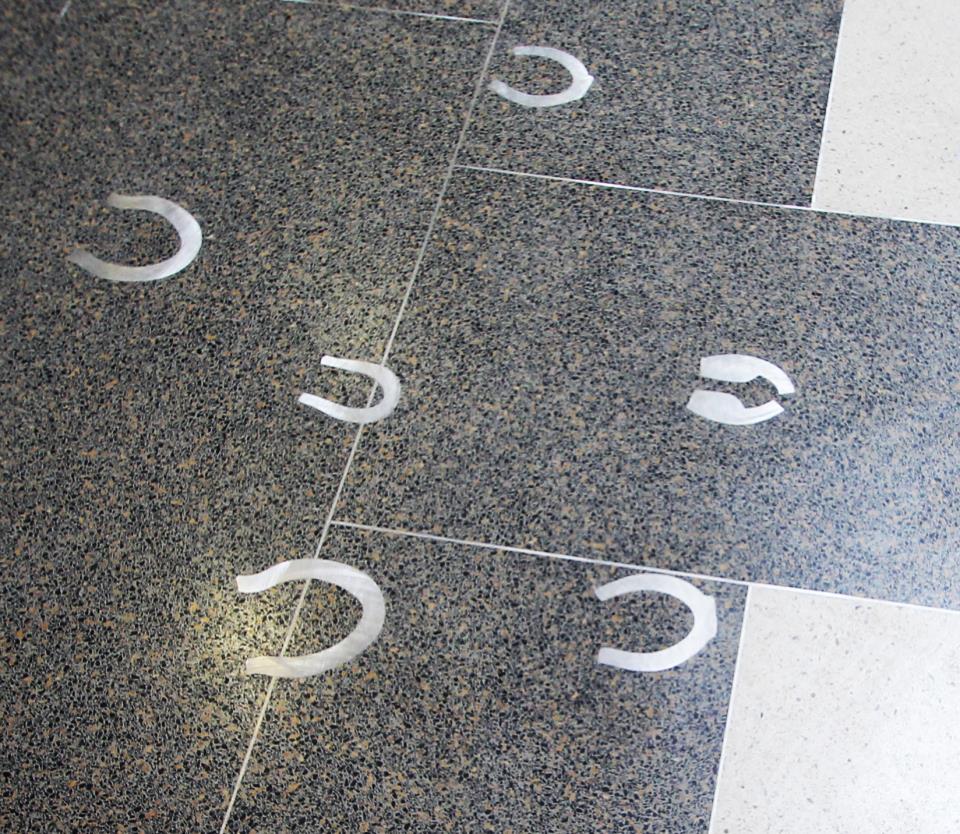 Look for prints of the great herds of bison that migrated across the Northern Plains. For Native Americans, bison were an essential food source as well as significant in social and ceremonial life. Fur traders valued bison hides as a commodity for American and European markets.

Horses arrived in North Dakota about 1750. They largely replaced dogs as pack animals and became a symbol of status.

The split shoes are those of ox, used in the early days of the frontier military to haul supplies between forts. Oxen and horses were also used to draw Red River carts, a well-known symbol of Métis culture. A Red River cart is on display in the Innovation Gallery: Early Peoples.

Settlement boomed in Dakota Territory when the railroad arrived in the late 1800s. Take a close look! These railroad tracks, representing mechanized transportation, are the correct dimensions of a standard gauge railway.